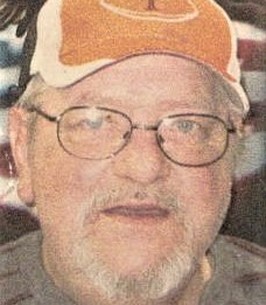 Share this tribute
Memorial Candles Lit for Benjamin | SEE ALL
Light a Candle
"We are honored to provide this Book of Memories to the family."
— Feller Memorial Home
Funeral Details Memory Wall Photos & Videos Send Flowers

Obituary for Benjamin A. Friday

He was born August 6, 1953 in Philipsburg, a son of Charles and Marge (Miller) Friday. On July 2, 1990 in Accomac, Virginia he married Deborah Lalli.

Surviving are his wife, a daughter Carmela at home, 5 sons; Brian Thomas of Maryland, Ben Friday Jr. of New York, Scott at home, Larry Williams of Tyrone, Jay Lalli of Tyrone, nine grandchildren and a brother Chuck of Fredericksburg, Virginia.

Mr. Friday retired in 2004 from Sheetz as a maintenance tech following 8 years service.

He was a member of the Tyrone VFW and the Howard Gardner American Legion where he was past commander. He was a 1971 graduate of Tyrone Area High School.

He was a U.S. Navy veteran of Vietnam serving on the USS Theodore E. Chandler destroyer.

Funeral services will be held Tuesday October 30, 2018 at 11 A.M. at Feller Memorial Home with Rev. Carl A. Schmidt officiating. Friends will be received at funeral home on Monday from 2 to 4 and 6 to 8 P.M. The Tyrone Honor Guard will accord veteran’s honors at the service.

To send flowers to the family of Benjamin A. Friday, please visit our Heartfelt Sympathies Store.

We encourage you to share any memorable photos or stories about Benjamin. All tributes placed on and purchased through this memorial website will remain on in perpetuity for future generations.

TT
My deepest sympathy to the family.During our time in the Navy, Benjamin and I served together on two separate occasions.
USS Chandler DD717
USS Southerland DD743
Great shipmate and friend. May God Bless and be with your family!
With love,
Tommy R. Thompson
Tommy R. Thompson - Tuesday October 30, 2018 via Condolence Message
Share This:
1
Page 1 of 1
Share
×

Thank you for sharing!

Provide comfort for the family by sending flowers.

Or use your email:

Share on Facebook
Send flowers to the family
Choose from beautiful standing, table and basket arrangements. Safe and secure online ordering.
View Flower Arrangements
What has already been purchased for the family?
Family Log-In

Connect with families at their time of loss. By subscribing to email updates, you will receive two daily updates containing all new stories, photos, candle lightings, condolences, and more.