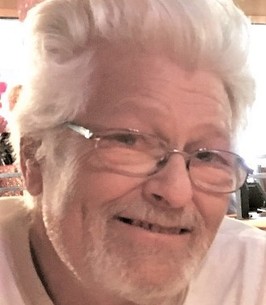 Share this tribute
Memorial Candles Lit for Warren | SEE ALL
Light a Candle
"We are honored to provide this Book of Memories to the family."
— Feller Memorial Home
Funeral Details Memory Wall Photos & Videos Send Flowers

He was born August 28, 1951 in Altoona, a son of Charles R. and Irene (Bywater) Hunter. On April 19, 1975 at Carson Valley Church of the Brethren he married Sharon Kelly.

Surviving are his wife, three daughters; Erin McFarland (Frank) of Bellwood, Lisa Hunter (Mike) of Duncansville, Megan Crager (Dan) of Philadelphia, ten grandchildren, 2 great-grandchildren and two brothers; Charles of Tyrone and Scott of Park Falls, Wisconsin. He was preceded in death by a son Jarrett.

He was a 1969 graduate of Tyrone Area High School and a 1973 grad of Williamson Trade School with a degree in Mechanical Engineering.

Warren was an avid hunter and fisherman.

Friends will be received at Feller Memorial Home on Monday November 5, 2018 from 6 P.M. until the funeral service at 7 P.M., Rev. Carl A. Schmidt officiating.


To send flowers to the family of Warren J. Hunter, please visit our Heartfelt Sympathies Store.

We encourage you to share any memorable photos or stories about Warren. All tributes placed on and purchased through this memorial website will remain on in perpetuity for future generations.

LB
Love and prayers to Erin McFarland and her family.
Laverne Brown - Saturday November 03, 2018 via Condolence Message
Share This:
1
Page 1 of 1
Share
×

Thank you for sharing!

Provide comfort for the family by sending flowers.

Or use your email:

Share on Facebook
Send flowers to the family
Choose from beautiful standing, table and basket arrangements. Safe and secure online ordering.
View Flower Arrangements
What has already been purchased for the family?
Family Log-In

Connect with families at their time of loss. By subscribing to email updates, you will receive two daily updates containing all new stories, photos, candle lightings, condolences, and more.