To share your memory on the wall of Barbara Damico, sign in using one of the following options:

Provide comfort for the family of Barbara Damico with a meaningful gesture of sympathy.


Surviving are 2 daughters Lee Ann Updike and husband Joe of Altoona, Sandy Ashcroft and husband Mike of Tyrone, 4 grandchildren, Becky Burns, Katie Wilson, Mike and Andy Ashcroft, 4 great-grandchildren Parker, Sydney, Aiden and Camryn, a sister Marge Prave of Virginia and a brother Richard Williams of California. She was preceded in death by two brothers Dewey and Herb Williams and a sister Bernice Shildt.

She was a member of St. Matthew Catholic Church.

Bobbie enjoyed being with her family.

Funeral Mass will be held Friday April 5, 2019 at 12 Noon at St. Matthew Catholic Church with Fr. Jozef Kovacik officiating. Interment will follow at Oak Grove Cemetery. Friends will be received at the Feller Memorial Home on Thursday from 6 to 8 P.M.

To send flowers to the family or plant a tree in memory of Barbara E. "Bobbie" Damico, please visit our Heartfelt Sympathies Store.

We encourage you to share your most beloved memories of Barbara here, so that the family and other loved ones can always see it. You can upload cherished photographs, or share your favorite stories, and can even comment on those shared by others.

Posted Apr 03, 2019 at 10:46pm
Dear LeeAnn, Sandy and your families, We send you all our love and heartfelt sympathies. Bobbie will always be in our hearts and memories.

Flowers were purchased for the family of Barbara Damico. Send Flowers

Posted Apr 03, 2019 at 11:01am
Good wishes to Sandi and LeeAnn and families. We are remembering all Bobbie and Basil did for Mom and Dad. Love, Carolyn and Dick, Matt, Pete, Annie. 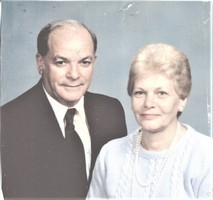 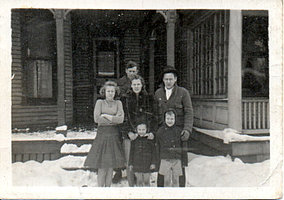