To share your memory on the wall of Deseray Smith, sign in using one of the following options:

Provide comfort for the family of Deseray Smith with a meaningful gesture of sympathy.

Print
Deseray J. Smith, 29, of Tyrone died Tuesday April 9, 2019 as a result of an automobile pedestrian accident in Orlando, Florida.

She was born February 3, 1990 in Huntindon, a daughter of John Smith and Susan Dean.

She was born February 3, 1990 in Huntindon, a daughter of John Smith and Susan Dean.

Surviving are her father of Huntingdon, her mother of Tyrone, a sister Natasha of Tyrone, a brother Dustin of Bedford, a step-sister Brittany Claycomb of Huntingdon and grandparents Robert and Kathy Smith of Huntingdon. She was preceded in death by a grandmother Gloria Jean Benson.

She was a 2008 graduate of Tyrone Area High School where she was a member of the first soccer team at the school. She was a U.S. Marine Corp veteran serving from 2010-2012.

She was a machine operator at PGW Industries, Tipton for eight years.

Friends will be received on Friday April 26, 2019 from 5 to 8 P.M. at the PGW Pavillion, Tipton for a time friendship and fellowship.

To send flowers to the family or plant a tree in memory of Deseray J. Smith, please visit our Heartfelt Sympathies Store.

We encourage you to share your most beloved memories of Deseray here, so that the family and other loved ones can always see it. You can upload cherished photographs, or share your favorite stories, and can even comment on those shared by others.

Posted Apr 16, 2019 at 11:44am
My dearest Deseray, you were such a strong willed independent woman who strived in everything she set out to accomplish, you never counted on anyone to do what needed to do. Deseray you will always have a place in my just like your beautiful sister, i love you from the time you were born an till etirnity, you'll never be for gotten. Love always, Mom
Comment Share
Share via:
TL

Posted Apr 16, 2019 at 09:19am
Sue and John I am heartbroken over this I remember watching the girls for you all when I lived at teaberry street my heart is breaking for you both God bless and peace at this time for everyone
Comment Share
Share via: 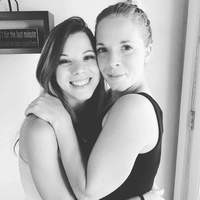 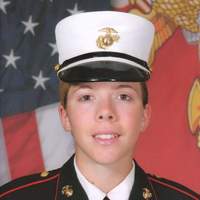