To share your memory on the wall of Ronald Kobak, sign in using one of the following options:

Provide comfort for the family of Ronald Kobak with a meaningful gesture of sympathy.

He worked various jobs throughout the years in the mobile home industry including Trailmobile, Young American and Commodore Homes. Recently he served as Park Attendant at Reservoir Park, Tyrone and loved visiting with the regulars

He was a 1959 graduate of Tyrone High School. He enjoyed family, Penn State and Pittsburgh Steelers football, gardening, auctions and Tyrone High School sports. He was a handyman and there to help others in need.

Funeral services will be held Tuesday April 23, 2019 at 11 A.M. at Feller Memorial Home with Rev. Carl A. Schmidt officiating. Interment will follow at Baughman Cemetery. Friends will be received at the funeral home on Monday from 2 to 4 and 6 to 8 P.M.
Read Less

To send flowers to the family or plant a tree in memory of Ronald Robert Kobak, please visit our Heartfelt Sympathies Store.

We encourage you to share your most beloved memories of Ronald here, so that the family and other loved ones can always see it. You can upload cherished photographs, or share your favorite stories, and can even comment on those shared by others. 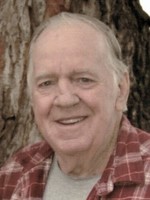