To share your memory on the wall of Daune Albright, sign in using one of the following options:

Provide comfort for the family of Daune Albright with a meaningful gesture of sympathy.

He was born January 11, 1929 in Northwood, a son of Marion (Dutch) and Goldie (Kelly) Albright. He married Victoria McMillen in Winchester, V... Read More
Daune D, “Don” Albright, 90, of Tipton died Tuesday October 1, 2019 at his residence.

He was born January 11, 1929 in Northwood, a son of Marion (Dutch) and Goldie (Kelly) Albright. He married Victoria McMillen in Winchester, Virginia in 2003.

Surviving are his wife, twos sons; Alan and wife Carol Albright of Tyrone, Danny Albright of Leigh Acres, Florida, three step-children; Tim McMillen and wife Bonnie of Tyrone, Brenda Vaught, Debbie Hoffman and husband Bill of Bellwood, many grandchildren and great-grandchildren, nieces and nephews and a brother Richard Albright and wife Mary of Wisconcin. Daune was first married to Ardeth J. Stiver for 52 years until her death in 2000. He then married Victoria McMillen in 2003 and was happily married until his death.

Daune was employed at Chicago Rivet, Tyrone from 1947 to 1983 where he worked as machine operator, lead man and foreman. He then was transferred to the Chicago Rivet plant in Jefferson, Iowa where he was Plant Manager retiring in 1992 following 46 years service.

He was a 1947 graduate of Tyrone High School. He was a member of the school band and of the Gardner Guards Drum and Bugle Corp, Tyrone.

Daune was a long time member of the Church of the Brethen, Tyrone where he was active in music ministry singing in three choirs, Men’s Glee Club, Men’s Quartet and playing trumpet in the Sunday School Orchestra.

Upon returning to Tyrone, Daune was a member of the Tyrone Alliance Church where he served as Elder and continued his music ministry all for God’s honor and glory.

Daune’s love for the Lord led him to the New Life Center, Philispburg. He served on the church board of directors, and continued playing and singing each Sunday morning and evening. Most recently he attended Grace Baptist Church, Tyrone.

Friends will be received at the Feller Memorial Home on Friday from 2 to 4 and 6 to 8 P.M.
Funeral services will be held following the visitation on Friday at 8 P.M. Burial will be at Logan Valley Cemetery.
Read Less

We encourage you to share your most beloved memories of Daune here, so that the family and other loved ones can always see it. You can upload cherished photographs, or share your favorite stories, and can even comment on those shared by others.

Adam & Crystal Hoffman and family sent flowers to the family of Daune D. Albright.
Show you care by sending flowers

Peaceful White Lilies Basket was purchased and planted a memorial tree for the family of Daune Albright. Send Flowers

Posted Oct 03, 2019 at 12:51pm
Wishing you peace and comfort. And wishing you the courage to face the days ahead. Please know that you are in our thoughts and prayers. 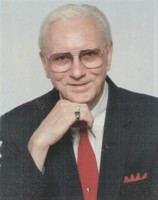