To share your memory on the wall of George Lehman, sign in using one of the following options:

The gesture that can change the world

He was a Sergeant with the U.S. Marines in the Korean Conflict serving as a telephone linesman.

Funeral services with Military Honors will be held Saturday December 21, 2019 at 11 A.M. at Bald Eagle United Methodist Church with Rev. Peter Dittman officiating. Interment will follow at Bald Eagle Cemetery Friends will be received at Feller Memorial Home on Friday for 2 to 4 and 6 to 8 P.M. and on Saturday at the church from 10 A.M. until the time of services.

We encourage you to share your most beloved memories of George here, so that the family and other loved ones can always see it. You can upload cherished photographs, or share your favorite stories, and can even comment on those shared by others.

Posted Jan 01, 2020 at 05:04am
So sorry to hear of Uncle Eds passing! Sending prayers to all of the family members! Danya {Miller)Barto
Comment Share
Share via:
HS

Flowers were purchased for the family of George Lehman.

Flowers were purchased for the family of George Lehman.

Medium Dish Garden was purchased for the family of George Lehman. 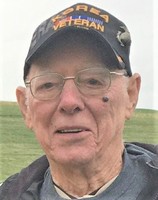