To share your memory on the wall of Craig Snyder, sign in using one of the following options:

Provide comfort for the family of Craig Snyder with a meaningful gesture of sympathy.

Print
Craig L. Snyder, 60, of Nealmont was called back to be in the service of the Lord on Monday January 6, 2020 at UPMC Altoona surrounded by family and close friends.

He was born May 20, 1959 in Tyrone, a son of Frederick Jackson and M... Read More
Craig L. Snyder, 60, of Nealmont was called back to be in the service of the Lord on Monday January 6, 2020 at UPMC Altoona surrounded by family and close friends.

He was owner operator of Craig L. Snyder Trucking and was a tri-axle truck driver for many years.

He was a 1977 graduate of Tyrone Area High School, a former member of the Tyrone Moose and had attended Bald Eagle Methodist Church.

Craig loved taking care of his mom. He always looked forward to taking her to Prime Sirloin on Sundays.

Funeral services will be held Friday January 10, 2020 at 2 P.M. at Feller Memorial Home with Pastor Tom Campbell officiating. Interment will follow at Bald Eagle Cemetery. Friends will be received at the funeral home on Friday from 12 Noon until the time of services.
Read Less

We encourage you to share your most beloved memories of Craig here, so that the family and other loved ones can always see it. You can upload cherished photographs, or share your favorite stories, and can even comment on those shared by others. 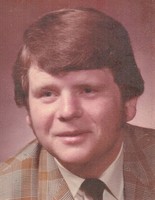