To share your memory on the wall of William Potts, sign in using one of the following options:

Provide comfort for the family of William Potts with a meaningful gesture of sympathy.

He was born December 6, 1940 in Tipton, a son of John and Mary Frances (Weiser) Potts. In 1970 in Tyrone he marri... Read More
William K. Potts, 79, of Tipton died Monday February 10, 2010 at Maybrook Hills Rehabilitation and Healthcare Center.

He was born December 6, 1940 in Tipton, a son of John and Mary Frances (Weiser) Potts. In 1970 in Tyrone he married Darlene Calderwood.

Surviving are his wife, seven sons; William Hazlett of Coupon, Michael Hazlett and wife Tracy of Tipton, John Hazlett of Altoona, Kevin Potts and wife Chrissy of Bellwood,, Mark Potts of Grazierville. Justin Alley of Tipton, Troy Alley of Bellwood, eleven grandhcildren, two great-grandchildren, a brother Charles and wife Barb of Bellwood and a sister Donna Himes of Bellwood. He was preceded in death by five brothers; Paul, Robert, Gerald, Glenn and Thomas and a sister Linda Freed.

Mr. Potts retired on disability in 1978 from Chicago Rivet , Tyrone as a machinist following 8 years service. He was previously employed at Tyrone Hospital as a janitor and at Caber’s Service Station, Tyrone.

Bill had been a member of the Tipton Fire Company. He enjoyed spending time with his grandchildren.

Funeral services will be held Thursday February 13, 2020 at 11 A.M. at Feller Memorial Home with Rev. Carl A. Schmidt officiating. Interment will follow at Blair Memorial Park. Friends will be received at the funeral home on Wednesday from 6 to 8 P.M.

We encourage you to share your most beloved memories of William here, so that the family and other loved ones can always see it. You can upload cherished photographs, or share your favorite stories, and can even comment on those shared by others.

Posted Feb 10, 2020 at 05:46pm
Dad, you will forever be in our hearts and thoughts. May Christ have you wrapped in his arms in peace till we meet again in heaven. Love you.
Comment Share
Share via: 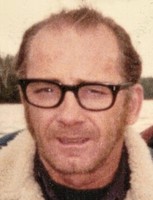 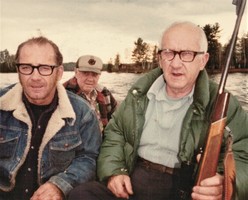